The Sea Star is in Dry Dock for her biennial maintenance and United States Coast Guard inspection – just in time for the sportfishing season.

This year we left Oceanside and took the Sea Star down to Mission Bay, just north of San Diego.  Driscoll’s was ready for us right as we pulled up.  The customer service was great because we were not scheduled to be lifted out of the water until the following day.  This allowed the Sea Star crew to prep for a few projects in advanced.

While we wont be fishing for the next few days or so, we are certainly looking forward to our upcoming sportfishing season out of Oceanside.  We are hoping to catch a load of calico, sand bass, and other local fish.  As the sportfishing season develops and is in full force in July, August, and September, we will be on the hunt for migratory fish such as yellowtail, dorado, and various kinds warmer water species.

Check out some of the photos of the Sea Star while she is out of the water! 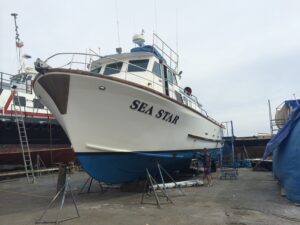 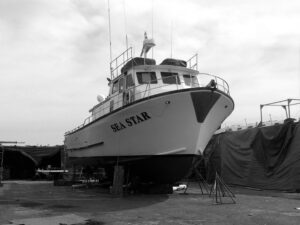 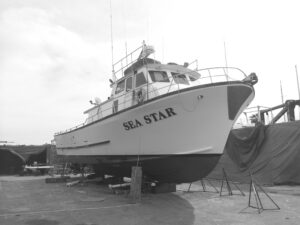 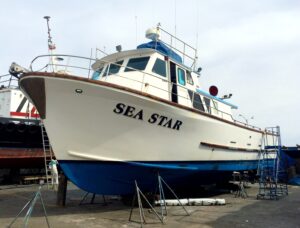 « Whaling May Cease in Southern Ocean
Have you ever wanted to swim with the whales? »